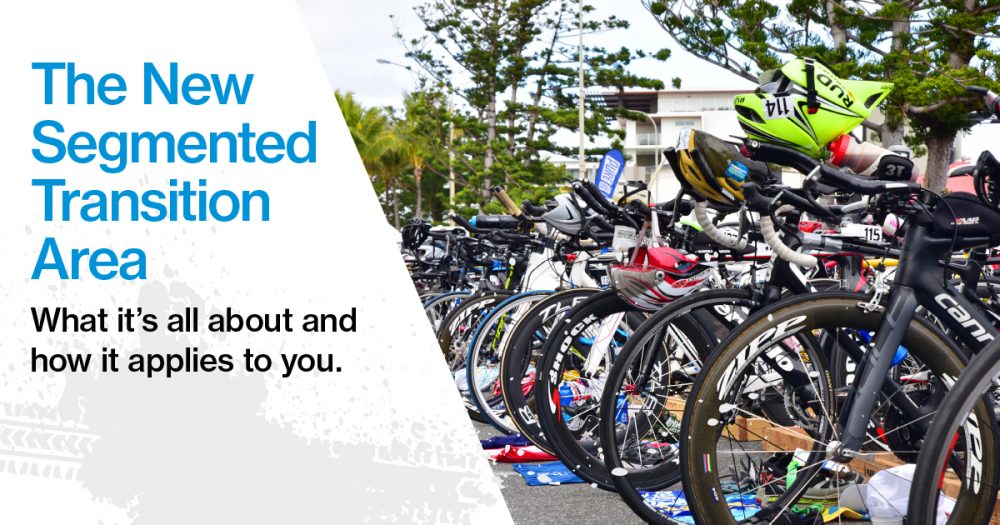 ’This year for the first time we will have a segmented transition area so that people racing the shorter distance races with later starting times will be able to rack their bikes later, without impeding any of the existing competitors on the course’, said Glenn

Essentially, everyone will have a window to rack their bikes 90 min to 30 minutes prior to their race start time. Then each race will have its own race brief in the transition area before heading to the beach to have around 20 min to do a swim warm up and prep.

‘I think this will work really well for the people doing the shorter races as they can sleep in a bit and come down later’.
It’s been a common problem when people are having to rack their bikes 3 hours before their race starts. Importantly Glenn said that ‘because of the structure around the transition area this will not impact people already racing.’

Final Race and Wave start times will be announced soon.