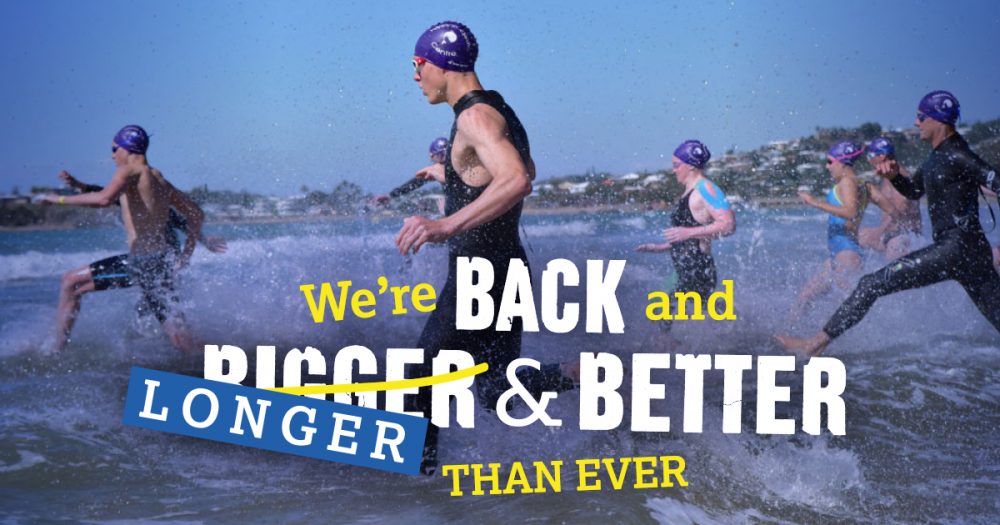 The Yeppoon Triathlon Festival will be back in 2018, bigger and better… or should we say longer!

After announcing 6 weeks ago that the triathlon festival would not continue, we have had many calls, emails and messages of support. It has been fantastic to see so many people recognise the value in the event and what the festival brings to our region.

We have fortunately been able to find some additional valued sponsors to add into the mix and have also been approached by some clubs to assist in various ways beyond what has been possible in the last 3 years.

With this added encouragement and financial support, we are more than pleased to announce that the Yeppoon Triathlon Festival is back!

There will be some considerable changes to how the event is structured and run, however, the focus will still be on delivering a ‘big event feel’ and delivering VIP treatment to competitors.

In 2018 the main event will be a Long Course Triathlon, changing up from our usual feature Olympic Distance race. The event date will also change to a week earlier to fit better into the state/national triathlon calendar.

So what’s the new schedule we hear you ask! Well here you go:

There will be more information released over the coming weeks and months. But for now be sure to stay tuned and save the date!