Thank you to our Principal sponsor, DC Motors Renault 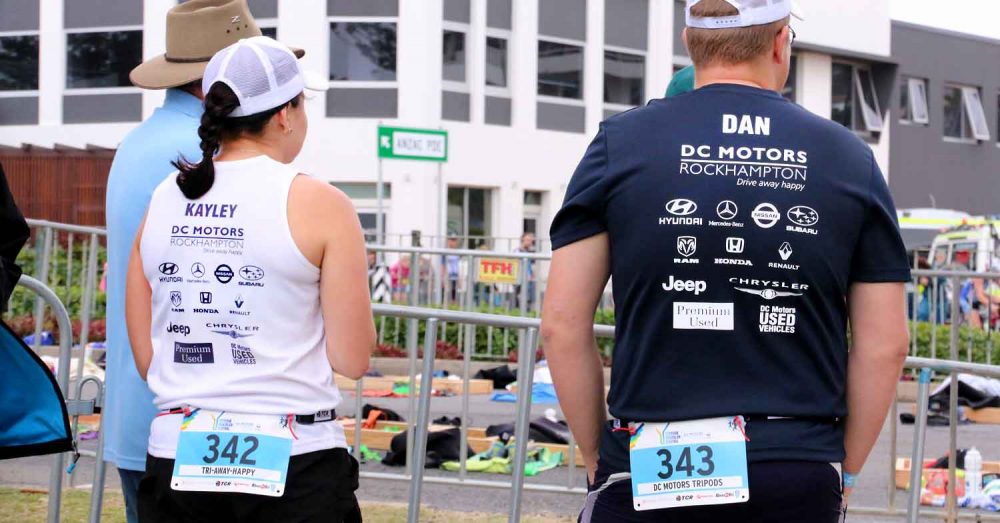 DC Motors Renault, headed by General Manager Sheamus O’Reilly is the Yeppoon Triathlon Festival’s Principal sponsor and has been a strong supporter and promoter of Rockhampton and the Capricorn Coast for many years.

“Having the full support we’ve received from DC Motors with the backing from Renault has definitely helped us lift the Festival in its second year” said Glenn Skinner Race Organiser.

“Their support has been much more than financial as we also saw them donate a fleet of support vehicles. Having the Renault brand associated with the Festival has also been a bonus as I think their calibre aligns well to the quality of the event.”

DC Motors also decided as a company that sponsor support itself wasn’t enough and entered two teams in the Corporate Cup Challenge; teams Tri-Away-Happy and the DC Motors Tripods.

“We’re very proud of our teams and the effort they put in to support the Festival and also the DC Motors family.” said Sheamus O’Reilly .

“Both corporate teams took away a great deal personally by competing and have brought back a powerful sense of achievement after the weekend. The buzz felt in Yeppoon all weekend from the Festival was very contagious”.

It was also a family affair for Sheamus as we saw his wife Mara also enter and complete her first triathlon. Congratulations and well done Mara!

Once again the YTF Team would like to thank DC Motors, Renault and all our sponsors for their support, for without them the event would not take place.